First of all, there is a change in the name of this meditation from 'Natural Disasters' to 'Natural and Man-Made Disasters'. This is to recognize that although some weather events we encountered are purely natural at the beginning, they are being manipulated by the Cabal in most cases

For example, there are evidences that something strange happened during the wildfires in California.

On the other hand, our meditation certainly helped the UK and Ireland to minimize the impact of Hurricane Ophelia. Despite the mainstream media trying their best to portray Ophelia as the worst storm Britain is going to face in the last 30 years, the actual damage is relatively minor.

It is also good to see that even the general public is standing up to the mainstream media about their "inaccurate" reports, such as the one in the link below: 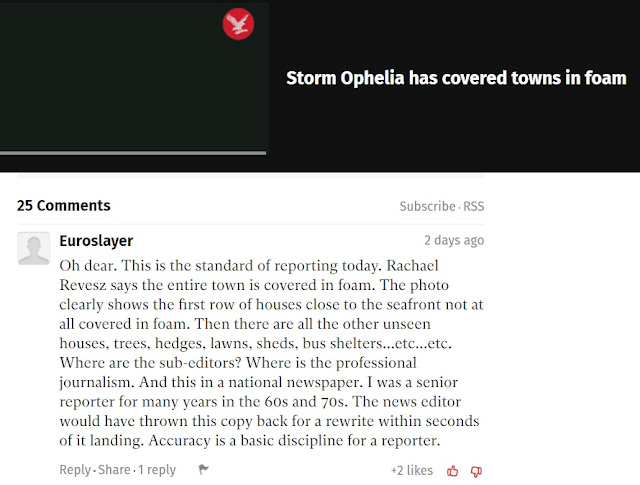 However, a new Storm Brian is due to hit the UK over the weekend, which is likely to cause more damage compare with Ophelia.

And there is also a new Typhoon Lan which is going to hit Japan in the coming weekend.

According to the AccuWeather report, Typhoon Lan has the potential to become a Category-4 storm on either late Friday or Saturday, local time.

Interestingly, there will be an election for a Lower House of Japan in the coming weekend as well

There is a possibility that the Japanese Prime Minister Shinzo Abe will step down if he losses this election, as reported by Benjamin Fulford in one of his updates.

So it is quite likely that the Cabal would use this typhoon to reduce the number of people turning up to vote and then be able to manipulate the election like what they have done in the past.

Therefore, we are going to include both Storm Brian and Typhoon Lan in the Natural and Man-made Disasters meditation, with additional focus on making sure the election in Japan can be held without being manipulated by the Cabal and every voter can truly express their freewill.

There are also a number of reports of massive animal die-off around the planet.

And the causes of most of these incidents are unclear at the moment.

Please also include this in the Natural and Man-made Disasters meditation if you feel so guided.

UPDATE: Please note that the time of this meditation has now moved to 3 PM GMT instead of 3:30 PM GMT as stated in my original post.

In addition, please visualize Sheldon Nidle surrounded by a pink egg full of energy of Love for about 5 to 10 minutes starting at 5 PM GMT if you feel so guided. This is to help him to recover from his recent medical emergency.

To finish this update on a positive note, I am very happy to announce that the 'We Love Mass Meditation Forum' is now up and running.

The main aim of this forum is for everyone to provide new ideas or areas that we can include in the current or new meditations in future. There is also an area that people can share both global and local news that we should be made aware of, as well as an area where people can request healing.

The forum is still relatively new at the moment. More features may be added in the future. Please feel free to provide any suggestions on how we can make it better for the Light worker community.
Benjamin Fulford Lan Lower House of Japan Ophelia Sheldan Nidle WLMM forum