Peace Meditation for Ecuador daily at 1 AM UTC

10/09/2019 11:53:00 am
Ecuador is presently under a national State of Emergency due to nationwide strikes that began on Thursday, October 3rd.

Protests in rejection of the harsh economic measures the government announced last week have been widespread and massive throughout the country.  Hours after the strike began, the government declared a state of emergency, enabling it extra-constitutional rights to make arrests, among other provisions such as early tax collection, move its headquarters to any place and arrange for information censorship. The state of emergency is declared for 60 days.
Major media have already been censoring information but thanks to social media people are communicating and staying informed. 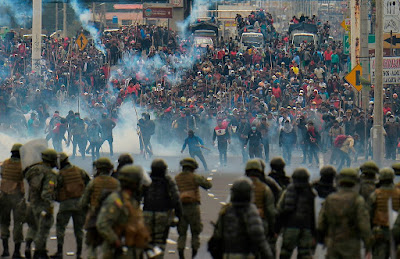 In March, Ecuador signed an agreement to borrow $4.2 billion from the IMF over three years, provided that the government would adhere to a certain economic program spelled out in the arrangement. The program calls for an enormous tightening of the country’s national budget.

This will include firing tens of thousands of public sector employees, raising taxes that fall disproportionately on poor people, and making cuts to public investment.  The elimination of the gas subsidy has more than doubled the price of diesel and gas while salaries have remained the same.

Various groups announced they will continue to protest throughout the country against President Lenin Moreno’s lengthy austerity measures that will be implemented this week as conditions of a March agreement for a loan with the International Monetary Fund (IMF).

During the protests, many indigenous demonstrators are being beaten by the National Police arbitrarily. As of Friday, October 4th, 350 citizens have been arrested for participating in demonstrations.

Due to the ongoing protests,  shipments of food, fuel and other goods around the country are being affected. Then on Monday, October 7th, President Lenin Moreno has moved the seat of his government from Quito, the capital, to the coastal city of Guayaquil amid the protests.

However, as the government refused to overturn the scrapping of fuel subsidies, protests are likely to be continued.

A peaceful protest is being organised by CONAIE, which is an organization of indigenous people on Wednesdays, October 9th. 20,000 people are expected to be participating in this protest. However, there is a possibility that this will be infiltrated by people aiming to cause violence,

For the aforementioned reasons, we suggest doing a Peace Meditation to help harmonize the situation in Ecuador, so that the situation can be resolved peacefully.

The Peace Meditation will be held daily at 1 AM UTC. This time is selected so that most people in Ecuador can join this meditation.

The following table shows the time of the meditation for selected time zones including Quito, Ecuador (updated):

Here is the link to the YouTube playlist of guided audios for this meditation:

2. State your intent to bring peace and healing to the situation in Ecuador.

4. Visualize this Light flowing through your heart and then through your hands directly to everybody involved in the conflict between the government and the people in Ecuador, harmonizing everyone and bringing peace. Let the pink Light then flow onwards, healing all other conflicts worldwide.

5. Ask the Goddess presence (the divine feminine) to direct energies of peace and harmony to all unresolved situations regarding the conflict between the government and the people in Ecuador and everyone involved in it. Let these energies then flow onwards and heal all other conflicts worldwide. Allow these energies to continue to flow through your heart and then through your hands into these situations for a few minutes. 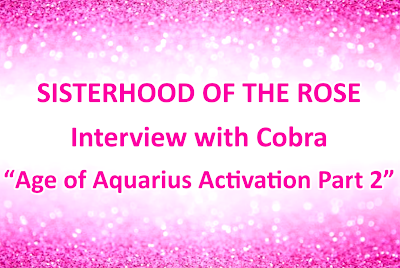 
In terms of Astrology, Pluto is being seen as a gatekeeper and escort into deeper levels of self-empowerment. It emphasizes the importance of looking within the self, rather than outside of self, a…
Read more